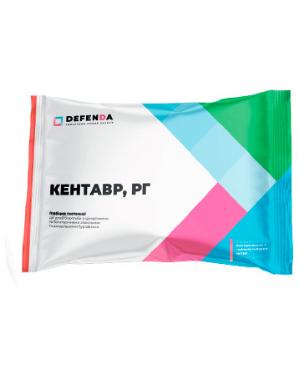 Early post-emergence herbicide designed for protection of the corn/maize crop areas against annual and perennial dicotyledonous and cereal weeds.

Centaur suppresses a wide range of weeds (annual and perennial cereals, broadleaved), so It is not necessary to mix it additionally with other herbicides.

Safe for culture due to rapid decay in corn/maize plants.

The preparation does not pollute open water and groundwater, therefore, it can be used even in water protection zones.

The herbicide is absorbed mainly by leaves of weeds, it is rapidly displaced after application to the end of the root system and effectively destroys those weeds that have already sprouted or sprouted at the time of treatment. Centaur stops the division of cells of the weeds sensitive to the preparation by influencing their enzyme system, which does not exist in the human body and other warm-blooded. Sensitive weeds are stopped to grow already several hours later and no longer compete with the cultural plants in the consumption of moisture and minerals.

Centaur should be used in the phase when from 3 to 5 leaves of culture appear. Maximum efficiency is achieved when treating crops in early phases of weed development (a phase when 2-4 leaves appear in annual weeds, a phase when rosette appears in perennial weeds). If there are a lot of weeds, as well as the prevalence of overgrown and perennial weeds, it is recommended to use the preparation with maximum spray material consumption.

The preparation is effective when entered independently. It is permitted to mix along with the 2.4-D-based preparations. When used jointly, it is recommended to make test mixing. Romsulfuron is not compatible with phosphorus organic preparations.

It is not recommended to use the preparation at the temperature below 10°C and above 25°C, and also on the cultures extremely diseased, damaged by pests, impacted by severe drought and heat, and wet due to dew and rain. It is prohibited to use Centaur on the fields with corn/maize within 14 days prior or after they have been treated with phosphorus organic insecticides.